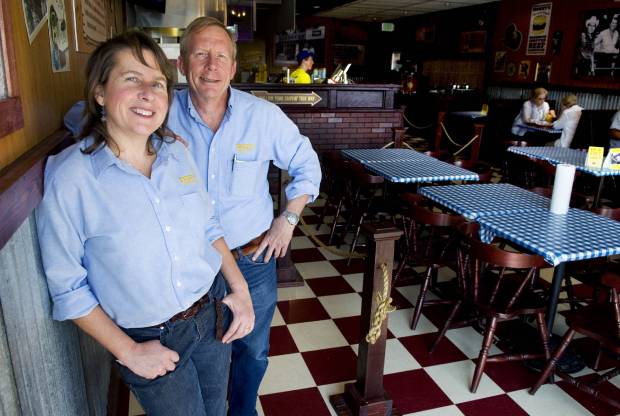 The new Dickey’s locations will be bringing slow-smoked, Texas-style barbecue beginning in early 2017

(Colorado Springs, CO) Dickey’s Barbecue Pit continues to expand through the state of Colorado by adding two new locations in Colorado Springs owned and operated by veteran franchisee Bob Rusnak. The first of the two locations is slated to open in early 2017.

“The Dickey family congratulates Bob Rusnak on his two-store development agreement,” says Roland Dickey, Jr., CEO of Dickey’s Barbecue Restaurants, Inc. “The first Dickey’s franchise outside of Texas open in Colorado in 1998, and we are proud to continue expanding throughout the state.”

Dickey’s Barbecue Pit is nothing new to Owner/Operator Bob Rusnak, as these new stores will be his fourth and fifth to open in Colorado. As a retired Air Force officer, Rusnak decided it was time to forge a new path by opening his own business. He opened his first three stores with his wife, Barbara Rusnak, who is also an Air Force veteran. “Our three existing stores have been so successful in Colorado Springs,” says Bob Rusnak. “We are very excited to bring two new locations to our community and give the residents more access to delicious, slow-smoked barbecue.”

The Rusnaks’ new stores will be a family business endeavor, as they are now bringing their son into the equation. Family is the most important thing to the Rusnaks, and they look forward to expanding their family business.

To learn more about franchising with Dickey’s, visit www.dickeys.com/franchsie or call 866-340-6188.

Dickey’s Barbecue Restaurants, Inc., the nation’s largest barbecue chain was founded in 1941 by Travis Dickey with the goal of authentic slow-smoked barbecue. Today, all meats are still slow smoked on-site in each restaurant living up to the company tagline, “We Speak Barbecue.” The Dallas-based family-run barbecue franchise offers a quality selection of signature meats, home style sides, tangy barbecue sauce and free kids’ meals every Sunday. The fast-casual concept has expanded to more than 560 locations in 43 states. This year Dickey’s won first place on Fast Casual’s “Top 100 Movers and Shakers” and ranked in the top ten of Franchise Times’ “Fast and Serious.” Dickey’s Barbecue Pit was recognized for the third year by Nation’s Restaurant News as a “Top 10 Growth Chain” and by Technomic as the “Fastest-growing restaurant chain in the country.” For more information, visit www.dickeys.com or for barbecue franchise opportunities call 866.340.6188.