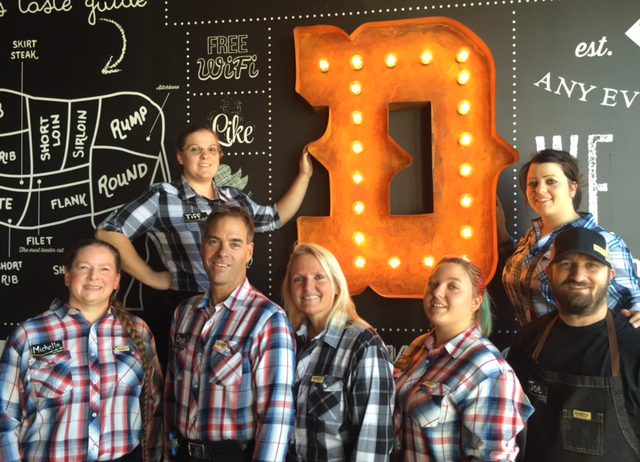 Pahrump’s firstDickey’s location will offer four weeks of fun, and three guests will win freebarbecue for a year

Doorsopen this Thursday and guestscan enjoy the grand opening events over the next four weeks:

Forthe Dubin family, Dickey’s Barbecue Pit is a family business. The Pahrumplocation is the first of eight stores which will open in Nevada and SouthernCalifornia, and the entire Dubin family will be a part of each store’soperations. The fact that the barbecue brand is still owned and operated by itsfounding family was a big part of Doug Dubin’s decision to start franchising. “Weare excited to provide career opportunities for our family and other families,”Dubin says. “We look forward to serving authentic Texas barbecue to ourcommunity in Pahrump and future locations.” Dubin’s next Dickey’s location willopen in the Las Vegas area by mid-2017, with at least two more stores to openin and around the Las Vegas Valley and four in Southern California. The newDickey’s location will also hold fundraisers for CASA (Court Appointed SpecialAdvocates) and American Cancer Society during their four-week openingcelebration.

About Dickey’s Barbecue Restaurants, Inc.
Dickey’sBarbecue Restaurants, Inc., the nation’s largest barbecue chain was founded in1941 by Travis Dickey with the goal of authentic slow-smokedbarbecue. Today, all meats are still slow smoked on-site in each restaurantliving up to the company tagline, “We Speak Barbecue.” TheDallas-based family-run barbecuefranchise offers a quality selection of signature meats, home style sides,tangy barbecue sauce and free kids’ meals every Sunday. The fast-casual concepthas expanded to more than 560 locations in 43 states. This year Dickey’s wonfirst place on Fast Casual’s “Top 100Movers and Shakers” and ranked in the top ten of Franchise Times’ “Fast andSerious.” Dickey’s Barbecue Pit was recognized forthe third year by Nation’s Restaurant News as a “Top 10 Growth Chain” and byTechnomic as the “Fastest-growing restaurant chain in the country.” For moreinformation, visit www.dickeys.com orfor barbecue franchise opportunities call 866.340.6188.