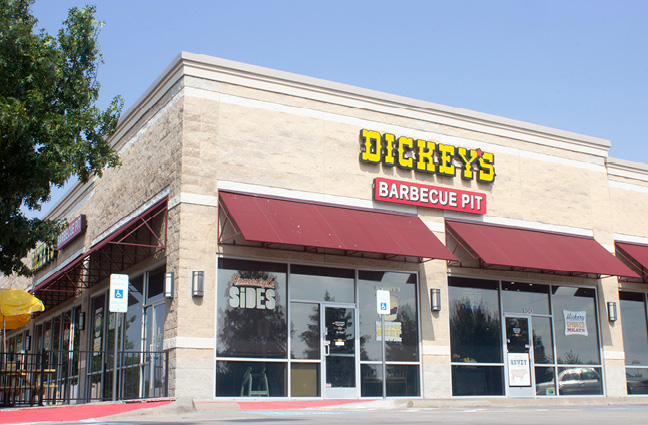 DALLAS (Mar. 2, 2022) – Dickey’s Barbecue Pit is bringing its Legit. Texas. Barbecue.™ across western Michigan as the world’s largest barbecue concept is set to expand into The Tulip City!

The Western Michigan University alumnus and Michigan native has seen record-breaking sales across his three franchise locations — thanks, in part, to Fox’s dedication and passion for each community he serves. Fox is recognized as an exemplary member of the community and even previously gave away free barbecue lunches to Kalamazoo’s first responders as a thank you for their tireless efforts on the frontline the last two years

“We’re excited to continue growing our partnership with Krage,” Laura Rea Dickey said. “Krage is one of our highest performing Owner Operators nationwide, and we couldn’t be happier to be opening another location in Michigan with him. We look forward to seeing the impact he makes on the Holland community as he introduces Dickey’s tastes of Texas to more of the Great Lakes region.”

Dickey’s Barbecue Restaurants, Inc., the world’s largest barbecue concept, was founded in 1941 by the Dickey family. For the past 80 years, Dickey’s Barbecue Pit has served millions of guests in 44 states Legit. Texas. Barbecue.™ At Dickey’s, all our barbecued meats are smoked onsite in a hickory wood burning pit. Dickey’s proudly believes there’s no shortcut to true barbecue and it’s why our name isn’t BBQ. The Dallas-based, family-run barbecue franchise offers eight slow-smoked meats and 12 wholesome sides with ‘No B.S. (Bad Stuff)’ included. Dickey’s Barbecue 550 locations across the United States and eight other countries.