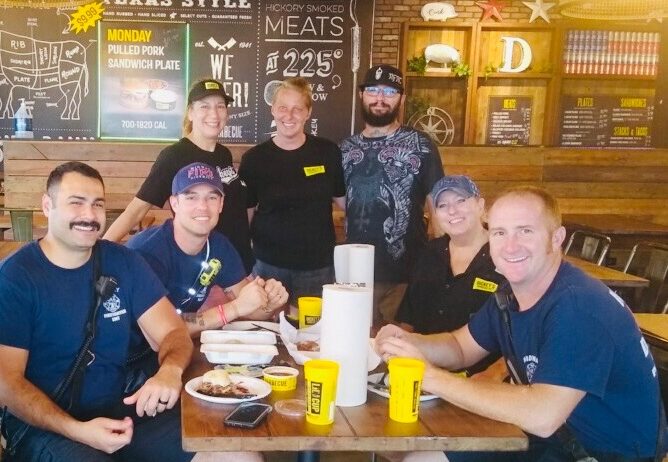 How Dickey’s Salutes Those Who Serve Our Country

It’s now been over 80 years since World War I Veteran Travis Dickey founded the first Dickey’s Barbecue Pit in Dallas. Since that day, the barbecue restaurant franchise has been committed to honoring and supporting America’s heroes.

Today, Dickey’s pledge to support those who bravely served our country remains a key component in the family-owned franchise’s everyday practices. The Texas-style barbecue brand is a veteran-friendly franchise opportunity that offers incentives to honor and help former military members invest in their own Dickey’s Barbecue Pit and transition to business ownership.

“Our veterans provide a tremendous service to our country, and Dickey’s is proud to salute them and to help make their dream of owning their own restaurant a reality,” said Roland Dickey Jr., CEO of Dickey’s Capital Group.

As the world’s largest barbecue concept, Dickey’s knows a thing or two about the qualities that make a successful franchisee. Because the Armed Forces teach many valuable skills that are essential during life after military, veterans enter the workforce with training in leadership, time management, integrity and more. Franchise owners who thrive are the ones that are entrepreneurial, engaged, passionate and community-minded, all of which match the qualities veterans are instilled with during military training and service.

Army Veteran and Dickey’s Gulf Breeze Owner, Wendy Williams, is a perfect example of a successful veteran franchisee. Williams joined the Army at age 17 and served six years on the radio repair team. She says joining the Army was the best decision she ever made. She was stationed in Turkey and was able to travel to Germany and a lot of other places she might not have been able to go to. While in the Army, Williams took some college courses which led her to nursing school to become an RN. 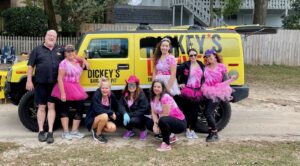 Over the years, Williams always dreamt of opening her own restaurant. Williams is originally from Louisiana, which is where she first fell in love with Dickey’s Barbecue Pit. After moving to Florida, she knew it was the perfect place to open her first restaurant, despite having no prior experience in the industry. Dickey’s worked with Williams to open a location in Pensacola in 2018. Williams soon expanded her portfolio with the brand and opened an additional location in Navarre Beach.

She is very active in the community. She enjoys hosting blood drives, pet adoptions, having bounce houses and face painters at events. Williams and her business partner, Karen Edwards, are now getting ready to open a third location in a shopping center in Alabama.

Williams’ success has largely stemmed from her community involvement. At the onset of the pandemic, she partnered with another Dickey’s Owner Operator and veteran, John Lockett, to feed frontline responders in their area to show appreciation to the Gulf Coast regional medical staff. Together, their mission was to feed 10,000 frontline responders.

“Wendy is a powerhouse franchisee for our brand and her partnership since joining Dickey’s franchise family has been nothing short of outstanding,” said Laura Rea Dickey, CEO of Dickey’s Barbecue Restaurants, Inc. “Wendy’s passion for building relationships in her community is one of many reasons we look forward to the success of her new location. Wendy is a great example of why veterans translate into successful franchisees and we hope her story can inspire others to join the Dickey’s family.”

In addition to having several Owner Operators that are former service members, here are three ways Dickey’s shows its support for veterans in its communities:

At Dickey’s, veterans can receive up to 25% off the initial franchise fee, in addition to receiving top-notch franchise support, extensive training and the opportunity to collaborate with fellow franchise owners through Dickey’s Advisory Committees.

Ongoing franchise initiatives
In May, Dickey’s gave active military and military veterans who are prospective franchisees the chance to win a voucher redeemable toward a single franchise fee of a Dickey’s Barbecue Pit restaurant (approximate value of $20,000) through its National Armed Forces Franchise Fee Voucher Giveaway.

Veterans Day promotions
On Veterans Day, Dickey’s is offering a free Pulled Pork Sandwich when guests use code “VETFREE.” Plus, with so many former military members as Owner Operators, veterans will find different personalized touches from store to store across the country, including Dickey’s camouflage hats, a face-to-face ‘thank you,’ additional free items and more.