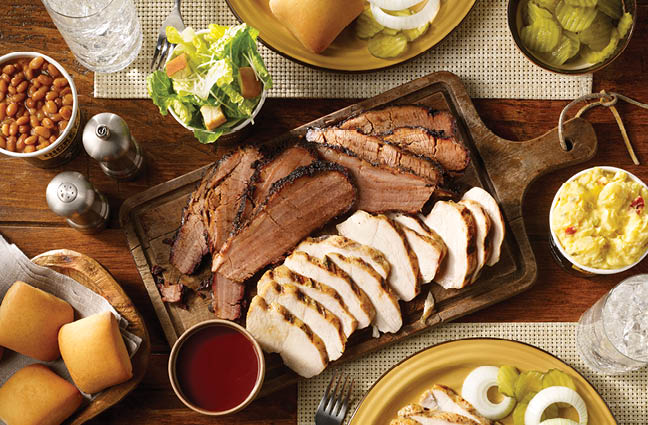 This location is owned by local entrepreneurs and husband and wife duo, Mohammed Hussain and Sadia Khan. Edmonton’s newest Dickey’s location will be celebrating the grand opening through the weekend and will feature their authentic Texas BBQ menu. The Edmonton Dickey’s location has a Halal menu featuring competition-style beef brisket, artisan beef sausage, and much more. Complete your perfect BBQ plate with southern style sides like mac and cheese, barbecue beans and sweet corn, and more.

To celebrate their grand opening, Dickey’s will also be giving out 81 Big Yellow Tickets, each ticket gives the winners a years’ worth of free barbecue (terms and conditions apply).

“We instantly fell in love with barbecue and more importantly the Dickey’s brand. We are excited to bring tasty, Texas-style barbecue to Edmontonians and the community we call home,” said Mohammed Hussain, Owner Operator of the newest Dickey’s Edmonton location.

The address for the new Dickey’s location is 5125 Mullen Road NW, Edmonton, Canada. The unit is a single level with seating for approximately 44 guests. The store will be open seven days a week from 11:00a.m. to 9:00p.m.

“There is a market for good barbecue in Edmonton with huge potential to open more locations in the region in the future. I couldn’t be happier for Dickey’s as well as welcoming these incredible Owner Operators to the team,” says Jim Perkins, Executive Vice President of International Sales and Support at Dickey’s Barbecue Pit.

“Since my family opened the first Dickey’s in 1941, we’ve made it our mission to serve as many guests as possible the very best barbecue out there,” says Roland Dickey. Jr., CEO of Dickey’s Capital Group. “We are happy to partner with Mohammed and Sadia and welcome them into the Dickey’s Family.”