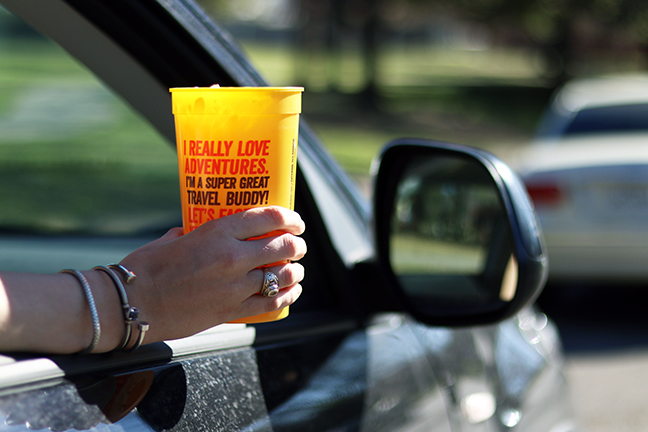 (Dallas, TX) After the World Health Organization (WHO) recently announced the possible carcinogenicity of processed and red meats, Dickey’s Barbecue Restaurants, Inc. is addressing these concerns.

The International Agency for Research on Cancer (IARC), the WHO’s cancer research agency, has researched this question in depth since 2014. Their findings indicate that the risk of several types of cancers associated with eating red meat is relatively low. The study suggests that the risk increases with commercial processing methods and possibly when cooking at high temperatures.

Fortunately, at Dickey’s Barbecue Pit, all meats are smoked low and slow at just 145 degrees Fahrenheit. According to the WHO, this results in the production of fewer carcinogenic chemicals associated with heat. Additionally, Dickey’s does not use sodium nitrites or nitrates in the making of its sausage, the only commercially processed meat sold in the store. “There is a difference between commercially processing meat and what we do at Dickey’s,” says Nico Murillo, Dickey’s Barbecue Restaurants, Inc.’s R&D Chef. “Technically, salting and smoking meats could be considered processing, but the significant difference comes from the fact that they are manual processes performed in a kitchen, not commercial processing taking place in a plant.”

Red meat is extremely nutrient-dense, full of iron, zinc and other essential nutrients. According to SELF Nutrition Data, it is a complete protein which provides Omega-3 and Omega-6, amino acids that are deficient in many Americans’ diets. As for the cancer risks, the Harvard School of Public Health states, “When it comes to cancer, protein quality seems to matter more than quantity.”

Dickey’s Barbecue Pit prides itself on the high quality meats that are served to guests nationwide. The nation’s largest barbecue chain consistently researches and implements best practices to improve not only the guest experience, but ensure healthier and more sustainable ways to perfect the art of great barbecue. In addition to the removal of nitrites and nitrates, Dickey’s has begun using a proprietary wood blend pellet in smokers to maximize flavor while reducing environmental impact.

“With respect to the findings of the 22 scientists in Lyon, France, myself and millions of other Americans will continue to enjoy great barbecue,” said Roland Dickey, Jr. CEO of Dickey’s Barbecue Restaurants, Inc.

About Dickey’s Barbecue Restaurants, Inc.
Dickey’s Barbecue Restaurants, Inc., the nation’s largest barbecue chain was founded in 1941 by Travis Dickey with the goal of authentic slow smoked barbecue. Today, all meats are still slow smoked on-site in each restaurant living up to the company tagline, “We Speak Barbecue.” The Dallas-based family-run barbecue franchise offers a quality selection of signature meats, home style sides, tangy barbecue sauce and free kids’ meals every Sunday. The fast-casual concept has expanded to over 520 locations in 43 states. This year Dickey’s was recognized for the thirdyear by Nation’s Restaurant News as a “Top 10 Growth Chain” and by Technomic asthe “Fastest-growing restaurant chain in the country.” For more information, visit www.dickeys.com or for barbecue franchise opportunities call 866.340.6188.