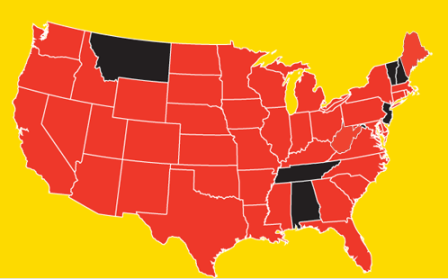 (Dallas, TX) Everything is bigger in Texas. Dickey’s Barbecue has taken that saying a bit farther by growing Texas barbecue across the country.  The nation’s largest barbecue franchise opportunity is expanding in new and existing markets in the first part of 2013 in areas such as Washington, California, Colorado, Utah and Virginia.

“We saw a groundswell of interest last year and the growth is showing no signs of slowing down,” said Roland Dickey, Jr., President and CEO of Dickey’s Barbecue Restaurants, Inc.  “So much of the new development is actually coming from existing owners who are adding locations because of the great franchise opportunity that Dickey’s is able to provide – we have a business concept and support system that are second to none.”

The fast casual, 275-unit restaurant chain has maintained impressive growth adding almost 145 stores in just two years.  The company currently has over 150 stores in development and is adding locations in key growth markets such as the Los Angeles market, in cities such as Burbank, Sherman Oaks and Studio City.   These locations, plus additional development will bring store count in the California market to at least 22 new locations in the pipeline.

“It’s been an exciting time for my family and this company,” said Dickey.  “The impact of our franchise system across the country has been a culmination of years of hard work and planning by our talented team.  I’m humbled every time a new sign goes up and a new franchise owner opens their doors!”

In Utah and Colorado, existing franchise owner, John Thomsonis adding 7 new locations for a total of 18 sites for this multi-franchise owner. In Virginia, franchise owner Rutledge Simmons is developing in Alexandria, Falls Church and McLean while Army veteran Maricela Messner has 4 stores on tap with the first slated in Winchester.