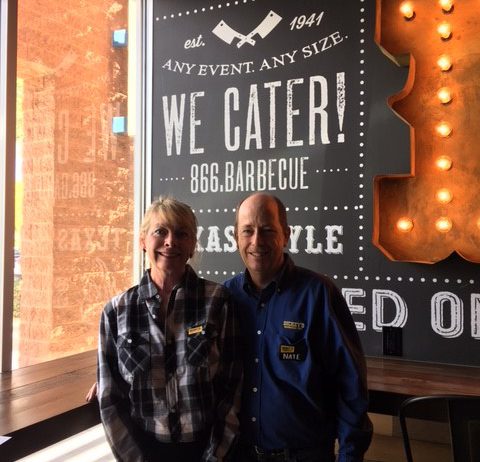 Dickey’s Fires Up the Pit in Scottsdale

Dickey’s Barbecue Pitopens March 30 with specials and giveaways, including free barbecue for a year

(Scottsdale, AZ) Dickey’sBarbecue Pit will open its newest location in Scottsdale on Thursday, March30. The grand opening festivities will include four weekends of fun, includinga giveaway of free barbecue for a year! Enter to win by using hashtag#1FreeYearofBBQ on any social media channel.

The openingfestivities will last four weeks and include:

Philanthropy Fridays: “You Give, WeGive” – All uniformed officers will receive 50 percent off their meal. Guestscan donate to Dickey’s charitable foundation, Barbecue, Boots & Badgeswhich serves those who protect us.

Singer/Songwriter Saturdays: Enjoytunes from local musicians every Saturday for the next four weeks.

Nate andLaura Pomeroy discovered Dickey’s when they bought a coupon for discountedbarbecue from a Cub Scout fundraiser. Originally from Arizona, the Pomeroyfamily spent several years in Southern California. When they embarked on theirDickey’s adventure, they knew it was time to come back home to open theirbarbecue restaurant. “We are excited to serve our community great barbecue andbecoming a great corporate citizen,” Nate Pomeroy says.