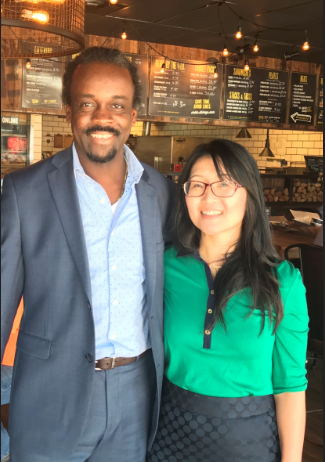 “At Dickey’s Barbecue Pit, we pride ourselves on serving each and every guest authentic, Texas-style barbecue,” says Laura Rea Dickey, CEO of Dickey’s Barbecue Restaurants, Inc. “With new franchisees such as the Russell family that truly love the brand, we can continue our growth and more importantly continue serving our guests delicious barbecue.”

Although this is Marlon’s first time working in the restaurant industry, he was immersed in the industry from an early age. His father had owned restaurants in Florida and Pennsylvania. These Dickey’s Barbecue Pit locations will be Marlon’s second career as he has been a physician for most of his adult life.

“I decided on becoming a Dickey’s franchisee through extensive research of the brand’s history and success,” says Marlon. “I look forward to bringing Dickey’s slow-smoked barbecue to the residents of West Los Angeles.”